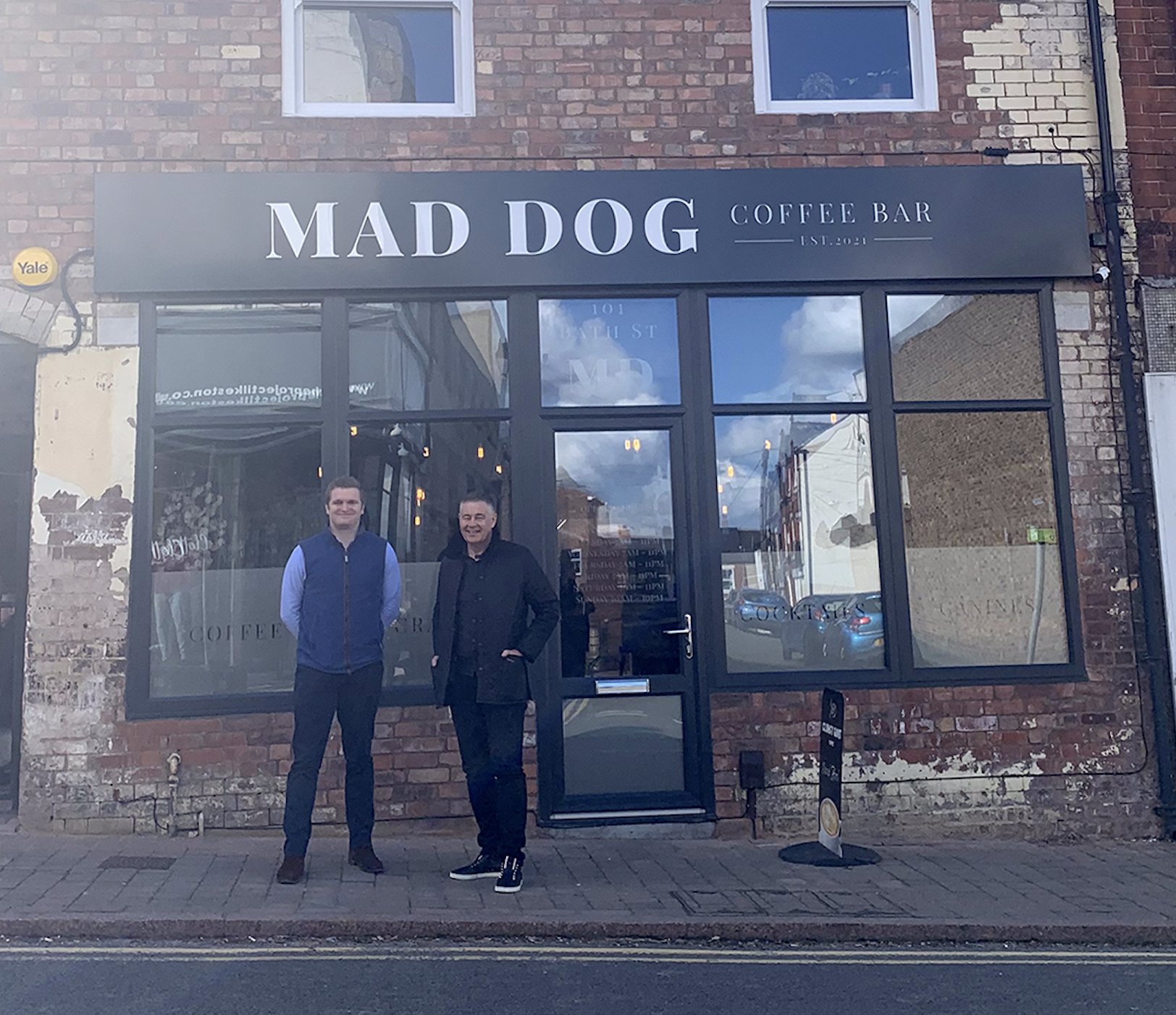 Mad Dog is a dog-friendly coffee bar that has been setting tongues wagging ahead of its opening in Bath Street, Ilkeston. POOCH-friendly beers and wine will be on the menu at this paw-some new venue.

It’s in a building that had been in disrepair and not used for 30 years – part of it was a former Derby Telegraph office and an old butcher’s shop but following a makeover, it is hoped that the launch of the shop – which has a tagline of “Coffee, Craft, Cocktails and Canines” – will bring some life back to that part of the town’s high street.

Such was the anticipation of the unit opening, Joe Cahill, who runs the Ilkeston’s Independent Shops Facebook page, had been on a “stakeout” when the shop front had gone up. He invited page members to guess what the new business might be, even offering a specially commissioned mug to the person who guessed correctly.

Complete with a dog station equipped with dog friendly wine, beer and herbal tea, Man’s Best Friend is sure to feel right at home at Mad Dog.

It is the brainchild of Amy Eyre, 41, who has previously worked in pubs but, as a dog lover, always wanted to open a canine-friendly venue. The mum-of-four, who has two Cocker Spaniels, six-year-old Zuma and two-year-old Blu, said:

“When we would go out, we were always looking for places to take the dogs.

“This was something we always wanted to do, so it made sense to set up Mad Dog.”

Mad Dog, which has a rustic-inspired interior, has seating for 28 people inside, as well as an additional 16 in its covered archway, and seating in the rear. Amy, who is married to Ian and lives in Ilkeston, said she had her eye on the unit for a while and had looked at the site just as Covid hit.

She added: “Due to Covid, things took a bit longer than planned. The bottom end of Bath Street has been a bit rundown.

“It will be nice to bring some people to this end of town. We can’t wait to get up and running.”

Amy thanked West Hallam-based Finallo Group for the high-quality fitting out of the site.

Ian Hodgkinson, who owns the unit, said: “I’m quite proud and grateful to be part of the revival of Ilkeston’s high street, and I am glad we have let to the building to Mad Dog Cafe.” He said that once Amy and her husband approached him with their business idea, they were “prioritised” due to their dog-friendly element.

Ian, who also owns Derby-based Hodgkinson Builders, said: “We have had a number of retail units down there that are all fully let. Overall, we had a good response to the opportunity.

Joe Cahill, from the Ilkeston’s independent shops Facebook Page, said the shop will be “the jewel in the crown” of that part of the high street, and that shopkeepers say they are looking forward to going for a drink there after work. He also praised Ian for “gentrifying” the site.

“It just goes to prove that Ilkeston has got a lot of potential and vibrancy about it.”

He said: “Ian is a really good developer and we are pleased to have got the unit a really good tenant. I’m sure they will do really well. Bath Street seems to be on the up again and this all adds up to it bouncing back.”

Mad Dog will be open from 7am-11pm Monday to Saturday and from 10am-10pm on Sundays.