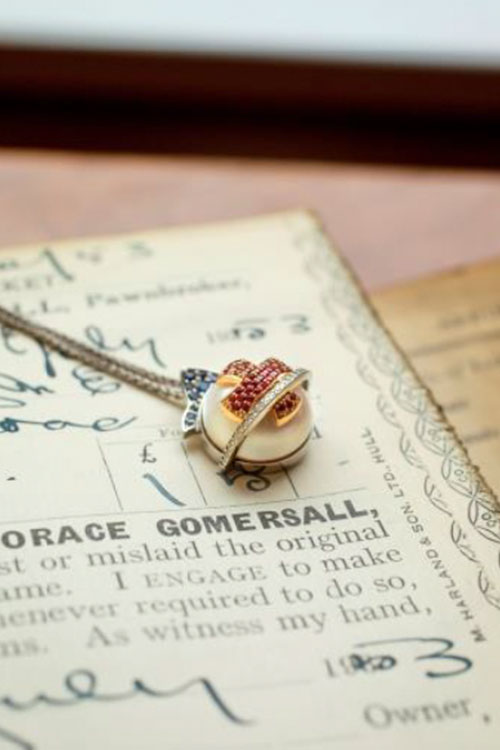 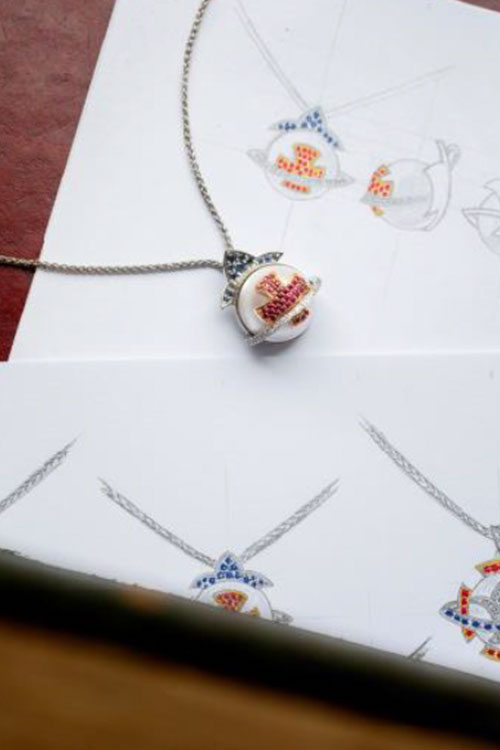 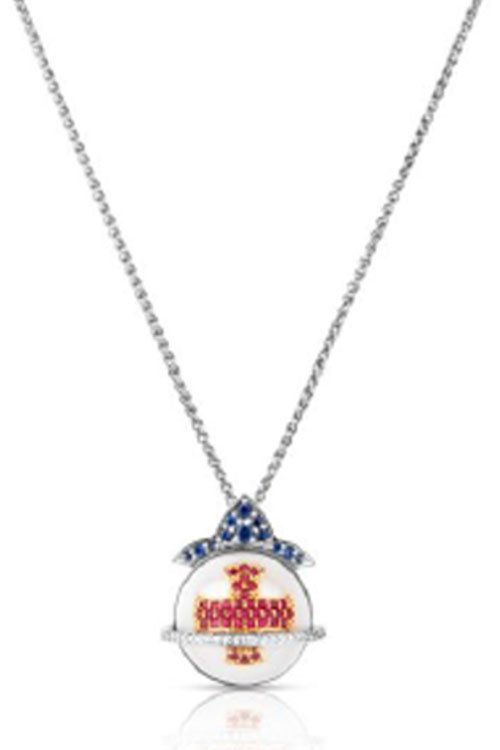 Created in platinum and featuring a central pearl complemented with diamonds, rubies and sapphires, this pendant will be a limited edition of 70 pieces.

The Queen has become our longest reigning monarch, the first to reach the significant milestone of a Platinum Jubilee, and she is the world’s longest female reigning monarch. So, to honour this remarkable event, Lumbers wanted to create something worthy and desirable. Using the noblest of precious metals, platinum, the design is centred around the Orb, the central part of the Crown Jewels, that represents the sovereign’s power.

Using Rubies, Diamonds, and Sapphires; Red, White and Blue, representing our nation’s Union Flag, and a central pearl, one of Her Majesty’s favourite stones. Lumbers have brought together some of the greatest elements of British symbolism. The cross on the front of the pendant is a reflection on the importance of the cross within the Crown Jewels. The pendant will also display the very special Platinum Jubilee Hallmark that is being struck on fine jewellery and will only be on jewellery made in 2022.

Lumbers Designer, Tony Dean, was given the brief to create a design that was British to its core. He took inspiration from the Crown Jewels and wove the theme throughout the design. Tony liaised with our workshop to create a classic piece of jewellery that will be a talking point for posterity. It took 6 months from inspiration to fruition. A true and lasting masterpiece has been created.

Lumbers have had a remarkable connection with the monarch during her reign. Dominic Gomersall, managing director at Lumbers, was kindly invited to personally meet the Queen when she paid the Maundy money in April 2017. Dominic commented “Meeting the Queen was an extremely memorable moment. I commented to her that I had photo of my grandfather meeting her in 1960 and my stepdaughter, Maddie, in 2008 when she opened the Grammar School. She insisted the photographer completed the set!

A truly historic occasion demanded a truly exceptional piece of jewellery to commemorate it. Tony’s design went above and beyond expectation. It is a truly regal piece of jewellery.” Whether you are looking to celebrate the Queen’s Platinum Jubilee in style, or just want to treat yourself to an exceptional piece of historical jewellery, head to Lumbers, 62-66 High Street, Leicester, or to find out more visit www.lumbers.co.uk.

All press releases must be sent with a high resolution image.