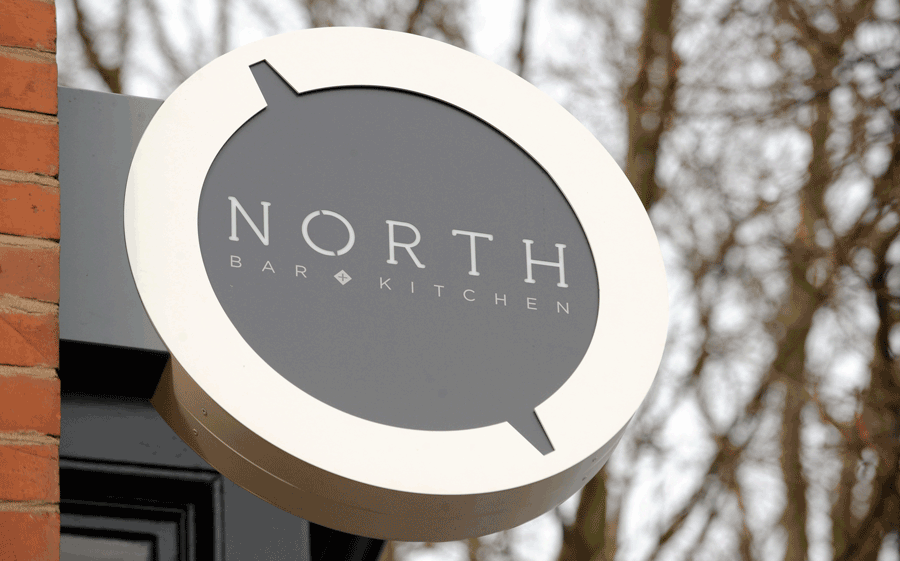 Its a busy Friday afternoon on Hinckley Road in Leicester’s West End, but I am being most sensible by detracting myself from the hustle and bustle by sipping enthusiastically at a glass of Amigos which is a marsanne, chardonnay and rousanne blend from the new world of Australia and really rather good; light, fruity and tasty. As the bottle pours I note the three figures on the wine label, which makes me think of the team at my Friday haven, the North Bar and Kitchen.

Three Amigos sets the scene for the team of three friends whose love of food, wine, gin and travel in particular, which all go into the proverbial mixing bowl bringing the culinary delights of Chef Owner Joanna and Head Chef Joe. Fresh daily handpicked produce from market, homemade bread, proper salted butter, Saturday brunch, traditional afternoon tea, 36 gins, a supplier of England’s own fizz Nytimber, daily specials of monkfish curry, homemade hollandaise sauce and rather fabulous steak, secretly seasoned by Jo who is classically trained and then there is the delicious Sunday lunch. I could go on, but we would all end up drooling, oh and by the way North Bar and Kitchen is an award winner in its own right.

As my Friday afternoon pans out I am not alone in my pursuit of a tipple and peace. I note a rather traditional looking chap, rosy red cheeks, neat white hair, collar and tie, armed with a newspaper, you get the picture. Our chap is chomping down a tasty lunch, so being nosey, I eavesdrop into his dialogue with his waitress “excellent lunch” he comments, me thinks great testimonial for my article and an honest response to the service and hospitality he enjoyed. I return to my now Italian black coffee (yes I’m driving) to quiz one of the Three Amigos Sally Davis, whose team call her the “business brains” of the North. It soon becomes apparent that the business partners are, all born and bred in the county have put their all into a business and sector they love, with gusto and passion, each having something different to offer their business. 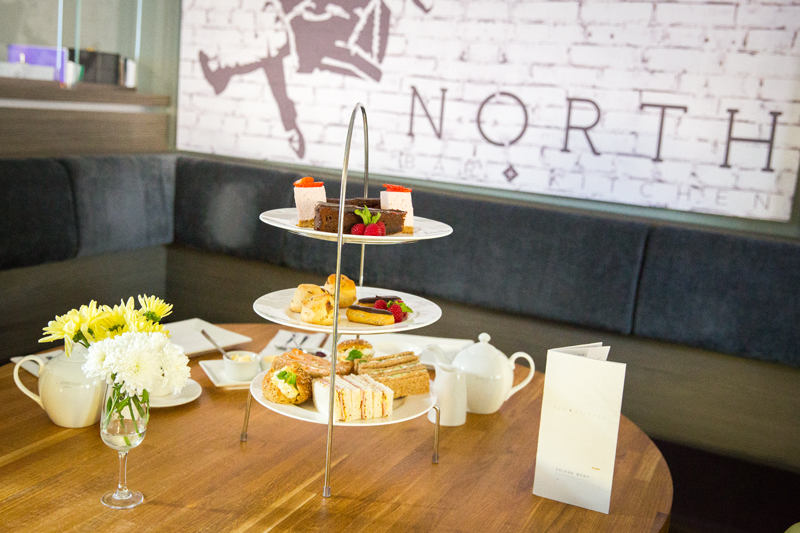 The North Bar and Kitchen was very much a labour of love, having taken on the premises, known locally for its traditional signage of ‘H North Purveyors’, the team of three carefully created a calm and welcoming atmosphere that suits all occasions, whether you are sporting a pinstripe suit, jeans and loafers, a snazzy frock or your Grandfather’s old tweeds. On entrance you will note that the original sign still adorns the building in all its glory, deservedly acting as a beacon to all those who have an appreciation of quality local produce, cooked up to perfection in the North’s open kitchen. Remember this is no ordinary team, all three owners are in every day, cooking, hosting and welcoming all guests to feel they are part of one big group of friends, it of course does help if you like a G&T or in fact just gin will do, as you have so much choice and should try one of the gin tasting boards, be certain to plan for a taxi though. Of course when we say all occasions we mean it, you can even hire North for a celebration, a charity event or to impress your new business client and many people already have. The kitchen take pride in making virtually everything from scratch, but if you happen to be a vegan or a total fusspot, like me, then no problem, the kitchen is a proper kitchen and they will cook up something to suit all tastes and needs, even altering a dish to meet your dietary specifications, truly the sign of a real great kitchen. Read about the North Bar and Kitchen and its events here

As I draw close to the end of my conversations with Sally we discuss exciting future plans of corporate lunches, outside catering and a new set lunch menu, plus if you’re thinking of something different try the grazing menu concept, perfect for a Christmas social with the office or friends, or just be ‘sensible’ like me and pop in for a glass of something and a light lunch.

To conclude I have to tell you that my plan of devious eavesdropping backfired, as our chomping lunch chap has actually been eavesdropping on me, the little tinker! He strode up to me and simply said, “make sure you write something good, this place is a hidden gem!”, on reflection to my orders I have to agree wholeheartedly and I really did, as I came back for brunch the following morning to be stuffed by a North full English. North Bar and Kitchen on Hinckley Road – try it, love it and go back, I did, and do it before its impossible to get in.