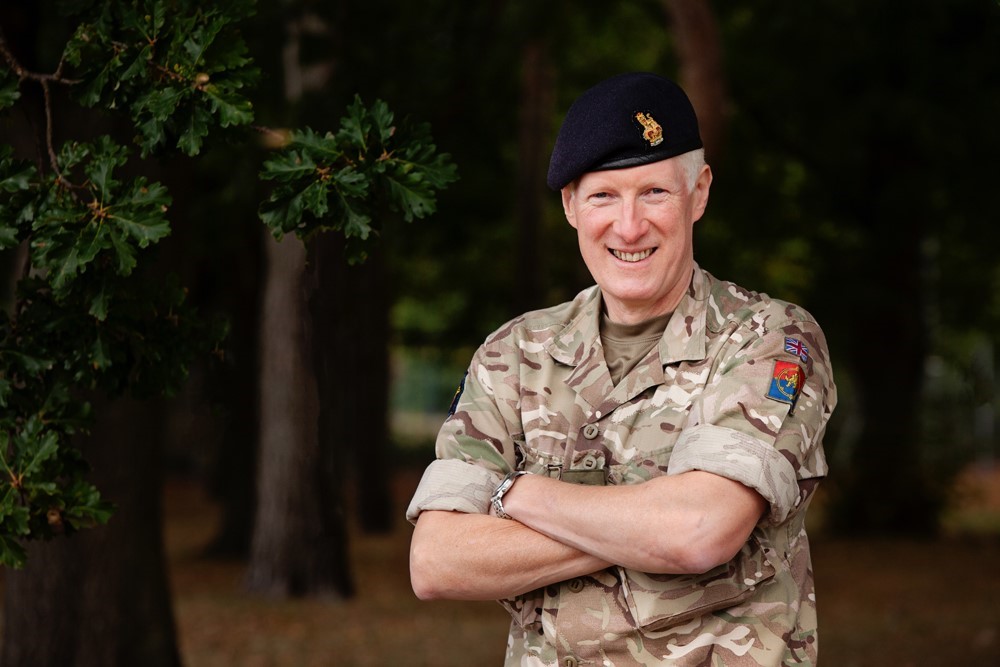 Brigadier Stuart Williams OBE has joined East Midlands Reserve Forces and Cadets Association as its new Chief Executive.  Stuart’s previous service within the East Midlands and East Anglia, and latterly from leading the Army Cadets, ensures a solid grounding for the role.

Commenting on his first day, Stuart said:  “I am very much looking forward to leading the team at East Midlands and to being back on home turf. Everything we do is about people, and championing and enabling our incredible Volunteers and Cadets will be at the forefront of all that we do.”

Brigadier Williams replaces Group Captain (Retired) Nick Sharpe, who is retiring after 10 years in the role. During his time as Chief Executive, Nick provided a calm and guiding hand, particularly through the unprecedented times of the Covid-19 pandemic. Nick was also part of the team who has been shaping the new Non-Departmental Public Body that will form the future of the RFCAs.

Brigadier Williams joined the Army in 1989 and commissioned into the Royal Regiment of Artillery, eventually leading to Command 3rd Regiment Royal Horse Artillery (3 RHA) in Germany.  He also undertook tours in Belfast, Bosnia, Kosovo and Afghanistan.  In addition, Stuart was a Staff Officer in several Army formation headquarters, most recently as Deputy Commander 7 Infantry Brigade and Headquarters East, and in Cyprus.  He was appointed OBE in the New Year Honours List 2019 in recognition of his engagement work with ethnic minority communities and his leadership of the Army’s Cadets in the East of England.

Stuart is married, has two grown-up children and lives in Lincolnshire. He is passionate about cycling, heading up Army Cycling for the past eight years, and with wide interests such as rugby refereeing, field sports, and skiing.

Business Leaders urged to ‘Lead from the top’ on Cyber Security
Scroll to top
This site uses cookies: Find out more.