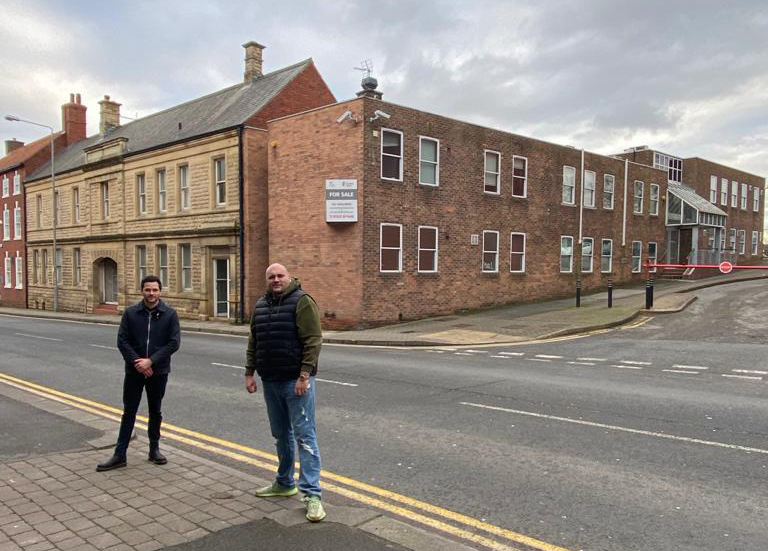 An award-winning Nottingham property developer has acquired a prominent Worksop landmark with a view to the creation of some vital new housing in the town centre.

ALB Group, which has made its name converting large, disused buildings into residential and commercial properties throughout the Midlands and the north, has completed the acquisition of Worksop Magistrate’s Court on Peter Street – and managing director, Arran Bailey, who secured the building for an undisclosed fee, is confident that it has all the qualities needed for a fantastic residential conversion.

He said: “We haven’t yet submitted our formal planning application but with nearly 7,500 square feet of space available to us, the provisional plan is to transform the building into 13 high-spec one-bed apartments.”

He added: “The building sits just a few yards from Bridge Street’s colourful shopping thoroughfare, so it’s particularly well placed for that, with local cafes and restaurants on the doorstep, as well as easy access to the town’s train station.”

Worksop Magistrate’s Court, which was last used for a criminal case in 2014, has been part of an extensive closure programme throughout the UK, as the Ministry of Justice has sought to cover a third of its £1.2 billion modernisation drive through the sale of courthouses. But while the building’s modern role in the town had become all but obsolete, it is hoped that ALB’s magic touch can bring it back into the daily fabric of Worksop life.

Matthew Maiden, director at the Mansfield Office of Banner Jones Solicitors, has been closely involved with ALB Group and its various projects throughout the East Midlands for more than a decade – and having completed this latest acquisition on ALB’s behalf, he is particularly confident that the building is now in the right hands.

He said: “As a legal firm, we had various dealings with Worksop Magistrate’s Court, before they wound it all down and transferred their cases to Mansfield, so we do feel some fondness for it.

“We’re therefore delighted to be involved with a company like ALB, who we know can move it forward and develop it in the right way – providing affordable housing for the people of Worksop, exactly where it’s most needed.”

Arran, whose firm recently won the prestigious title of ‘Developer of the Year’ at the 2020 East Midlands Bricks Awards, added: “We have to wait for planning approval – and we’ve not yet decided whether the finished apartments will be for sale or for rent.

“But with its enviable position, its access to local services and its striking architectural character, our conversion of the courthouse is going to provide the people of Worksop with a fantastic new option for a better standard of affordable living.”

Joint Venture Partner, Edward Hall added: “This is an instrumental building to Worksop situated on Potter Street and will add much needed accommodation into the community. The building will be converted to a high standard and we are looking forward to starting the project.”

Building work will begin as soon as planning has been granted, with a view to the new apartments hitting the market in the summer of 2022.

To find out more about ALB’s work, visit www.albinvestments.co.uk.