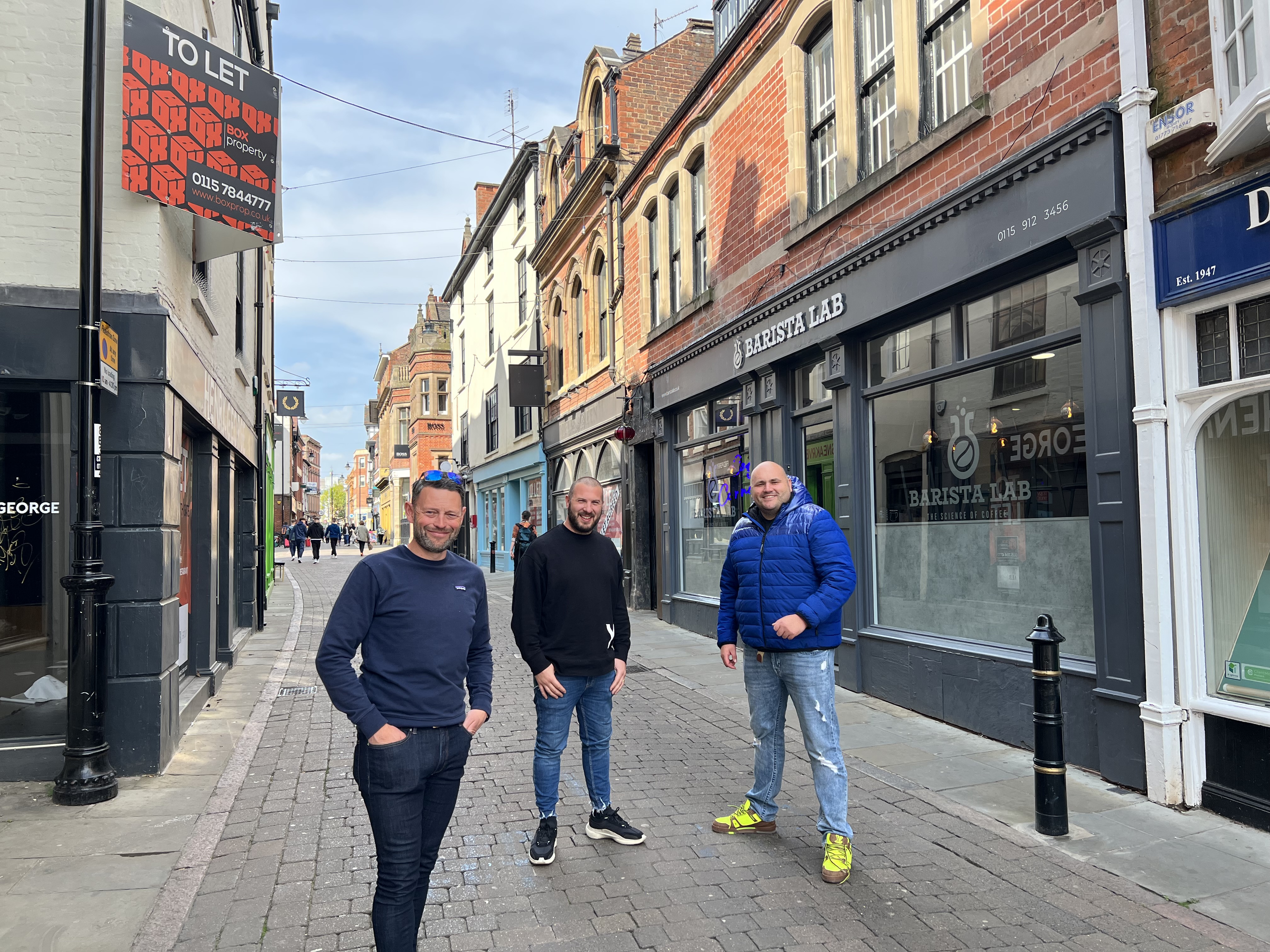 A NOTTINGHAM property development company is succeeding in its plans to make a city high street “cool again” – with the majority of empty units it has bought filling up fast.

Arran Bailey, managing director of ALB Group boldly announced just six months ago that his company was buying up empty shops in Nottingham’s Bridlesmith Gate, with plans to revive the area while adopting a “London’s Carnaby Street” style approach.

Now, less than six months later, all but one of the units have been snapped up – with Bridlesmith Gate starting to bustle again, with vibrancy and on trend independent operators and increased footfall.

The area had almost become a ghost town, with big names closing down amid the pandemic.

But ALB had the vision to step up and rejuvenate Bridlesmith Gate, buying 11 vacant units, along with three on nearby Lister Gate.

The swift influx of quality independent retailers to Bridlesmith Gate – fulfilling ALB’s vow – has been made possible thanks to the expertise of Nottingham-based retail and leisure specialists, Box Property Consultants.

Arran, who has previously revealed plans to provide student accommodation above the units, said: “I am over the moon with how we have managed to breathe life into this end of Bridlesmith Gate, with a real diversity of tenants, and I hope to see the footfall increase.

“Box Property has done a fantastic job securing all these tenants.”

The success of the firm continues this week, with long-established ladieswear boutique Stick and Ribbon recently collecting the keys for their new 1,200 sq ft space – securing ALB’s final space on one side of Bridlesmith Gate.

Sally Longden, owner of Stick and Ribbon, said: “What Arran is doing seems to be a really good opportunity for us to grow our business.”

Other companies that have been quick to join Stick and Ribbon in snapping up the chance of securing prime retail space on Bridlesmith Gate include Pygott & Crone, an independent estate agent which is moving from Baker Gate and has branches in London and all over the Midlands, including in Lincoln, Grantham, and Spalding.

BARiSTA, a craft coffee shop and deli shop, is also snapping up space.

Keishi Jewellery and Coffee Lab are also among the plethora of operators waiting in the wings to secure the last remaining space formerly occupied by Office shoes, which benefits from a large secret garden/yard area to the rear making it suitable for a bar or restaurant use.

ALB have received offers on their final unit, but the firm has been working closely with Nottingham-based Leonard Design and have submitted a planning application.

Fashion stores 18 Montrose and Sneakrverse have also signed deals to extend their leases.

Tim Downing of Pygott and Crone, which has also taken a unit, said: “We are pleased to be located on Bridlesmith Gate, as it has a rich history being on the north-south retail axis of Nottingham.

“It’s home to some of the country’s most stylish and vibrant retailers. The distinctive red Pygott & Crone brand will be a positive addition to the thoroughfare and we hope that it will become as familiar to the residents of Nottingham as it is to the people of Lincolnshire”

Frankie Labbate, Director of Box Property Consultants, said: “It feels really rewarding to have been able to attract such a strong tenant mix, which we have created organically.

“We look forward to seeing the area go from strength to strength.”

“We are acting not only as letting agents but asset managers in delivering results built upon the clear strategy we set out when first appointed to the project which includes both innovative leasing methods and potential environment/street scene improvements we are looking at delivering in due course.”

To find out more, visit www.albgroup.co.uk