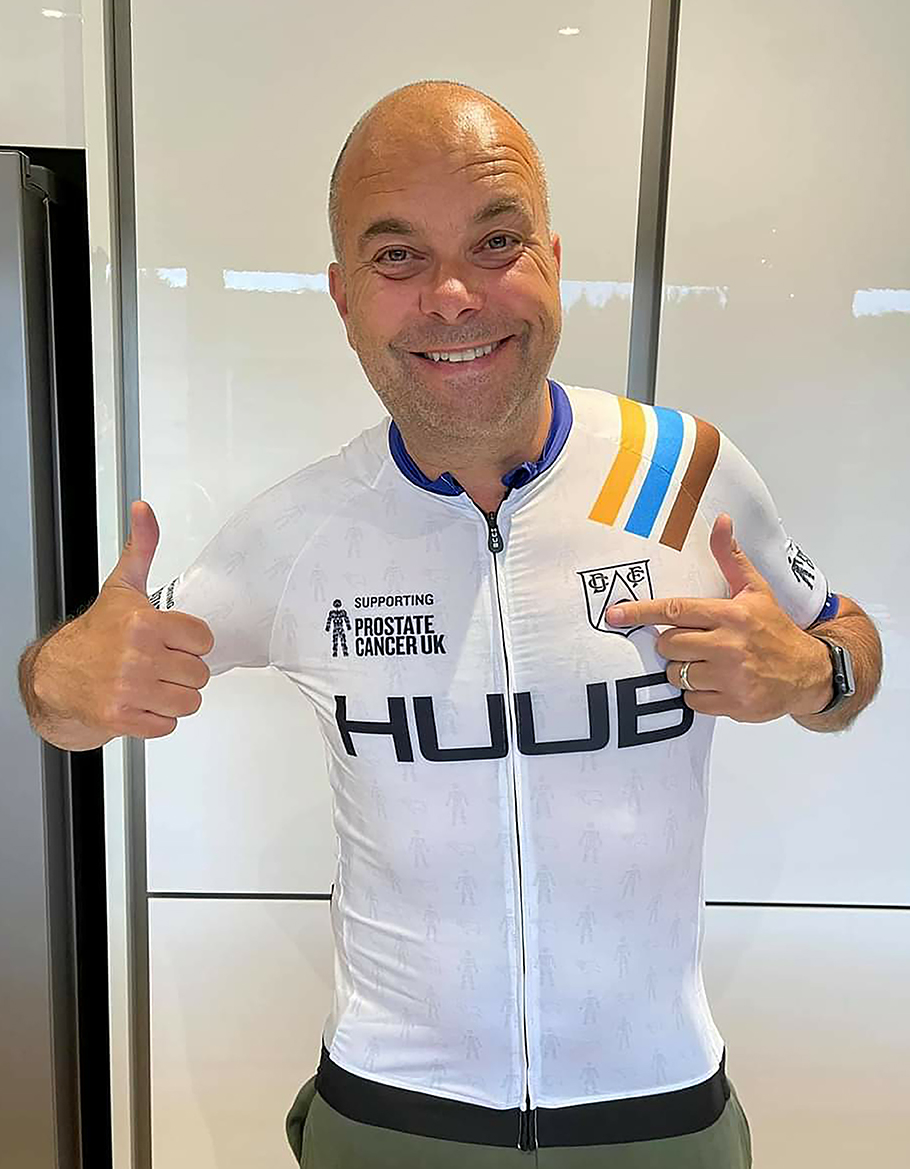 David Torrington has endured one of his most difficult ever challenges by taking part in a 255-mile charity cycle ride in aid of Prostate Cancer UK.

But it wasn’t the gruelling distance – visiting the grounds of all 12 founding members of the Football League along the way – that initially made David think twice about accepting the challenge.

It was the fact that, as a die-hard Forest fan, he would have to swallow his pride and don a specially designed shirt based on Derby County’s 1984 centenary kit.

As if the pain wasn’t bad enough, the charity event, organised by Derby County FC, culminated in a fanfare arrival at Derby’s Pride Park Stadium.

“For me, it was the ultimate sacrifice,” joked David. “But the emotional pain I endured was nothing close to the mental and physical suffering that thousands of men with prostate cancer have to endure – so it was definitely a price worth paying!

“Fortunately, Nottingham Forest was not an original founding member of the league, so it could have been a lot worse. Though we did stop close by at the Notts County ground, so I had to keep my head down in case anyone recognised me.”

The Founders Cycle ride, which set off from Burnley’s Turf Moor Ground on Thursday (June 24) and ended at Pride Park on Saturday, included a cohort of staff from Derby County and HUUB and other businesses, all raising money for Prostate Cancer UK through a Just Giving page.

As of Friday morning, the team had jointly raised donations of over £12,000, already smashing the £10,000 target before the ride was half-way through.

After his return to Derby on Saturday, David said: “I can’t thank the donors enough for supporting this very worthwhile cause. After three days in the saddle though, I’m not sure I’m looking forward to sitting behind my desk on Monday morning!”

David is no stranger to endurance bike rides. Last September he completed the 200-mile Derbados Cycle Challenge in aid of the Derbyshire Institute of Sport (DIS), while the previous year, he and Dean Jackson pedalled 200km in Majorca for the same cause and Annabel’s Angels.

Prostate cancer is now the most commonly diagnosed cancer in the UK. The money raised through The Founders Cycle ride will be used to fund research into better diagnosis and treatment of the disease and support for affected men and their families.