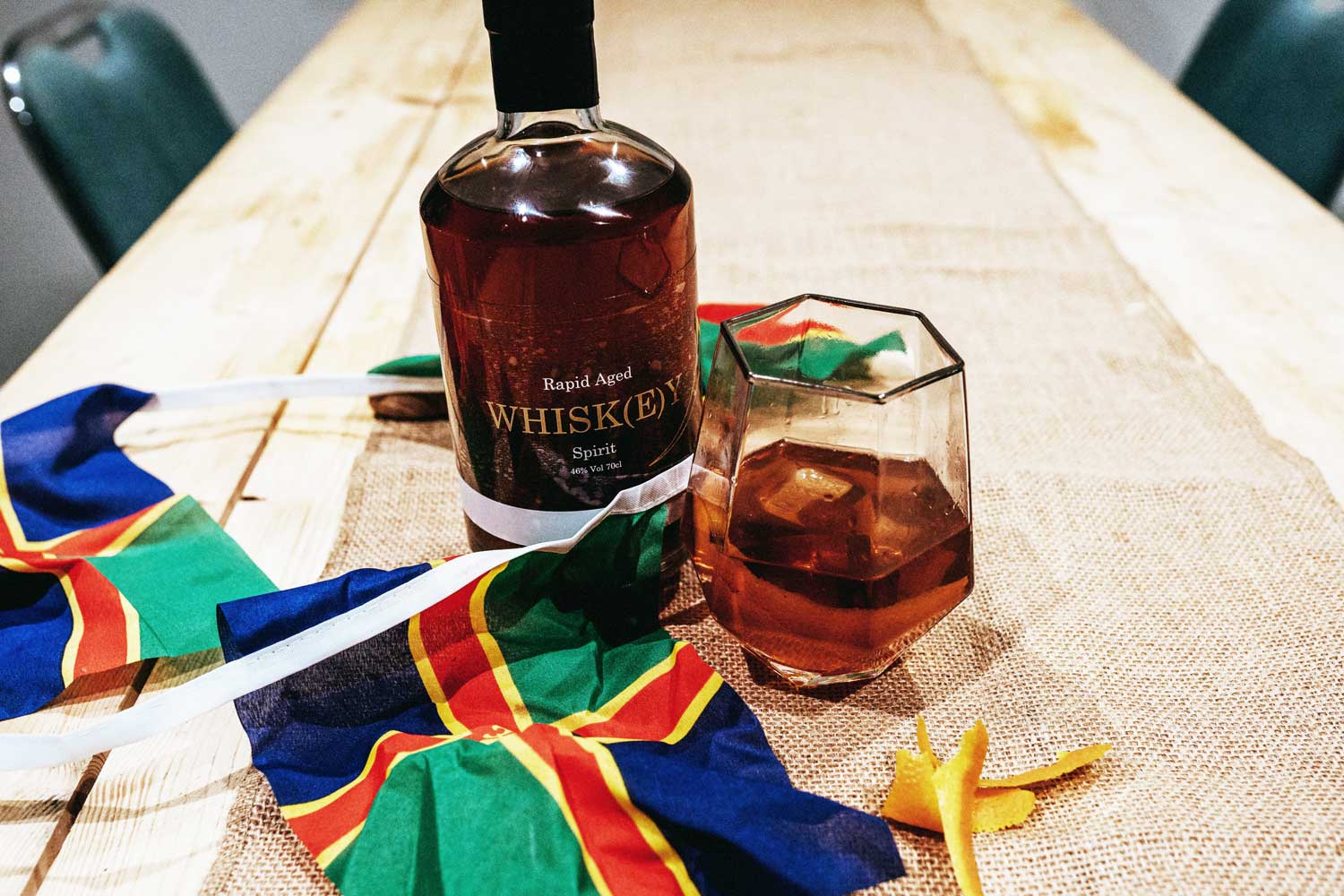 The Time Travelling Tipple… a triumph for local business

We all wish we could jump into a time machine this year, and the latest creation from Unconventional Distillery has done just that, with the unveiling of its newest creation Rapid Aged Whiskey.

The mantra of the brand is “Aut inveniam viam aut faciam” translated as “I shall either find a way, or make one”, and never have truer words been spoken. The Unconventional Distillery headed up by former chef Sam Owen has now mastered a way to transform a day old whiskey into the equivalent of an eight-year-old in just a few days.

The innovative technique used by Unconventional Distillery takes a virgin spirit, and with a carefully calculated combination of heat, sound, light, some secret ingredients and a little magic, a day old whiskey is transformed into a much older delightfully blended whiskey, that drinkers could be forgiven for thinking has been resting in a barrel for years.

The time savings generated via this unconventional process of distillation, provide a much-welcomed opportunity for Sam and his team of self-declared ‘mad scientists’ to tweak the whiskey and experiment with new flavours and ideas, challenging with each creation what is considered conventional.

The innovative technique was first developed in 2010 and is currently used by only one other distillery in the world. The finished product maintains all of the flavours people would traditionally be able to taste in an aged whiskey, whilst revolutionising an age-old distillation process.

“We want to move away from what is deemed classical and uncover new ways of distillation, that create stand out products, with a distinctive brand and flavour. We want to challenge the stereotype of a whiskey drinker as an older man, and a drink enjoyed by 007 or men with moustaches and woollen sweaters, sat by a fire. Our Rapid Aged Whiskey has uncovered an unconventional approach to crafting, that allows us to experiment with unique flavours, that we are confident go against expectations, and appeal to both whisky connoisseurs and the curious alike.”

The Rapid Aged Whiskey is the newest product to be launched by Unconventional Distillery, since its establishment in September 2019. Specialising in craft English rum, the Lincoln-based company has now launched a range of spirits that appeal to all tastes.

Since launching its headline pink rum ‘Pioneer’, with its unique botanical look and gin like flavours, the company has been determined to challenge perceptions about drinks, and provide innovative products that not only claim to be different, look different and are made differently to anything you have tried before.

You can find out more about Unconventional Distillery by visiting unconventionaldistillery.co.uk or their Facebook page

The Swapping Revolution Sweeps the Nation

Manage Your Social Media Across Cultures
Scroll to top
This site uses cookies: Find out more.